Darryl K. Jones, son of the late Robert L. Jones Sr. and Maude Z. Jones, was born on November 13, 1956, in Pittsburgh, Pennsylvania. Darryl grew up in Wilkinsburg, Pennsylvania and was affectionately called “Lump” by family and friends.

As a business professional, from 1997 to 2016, Darryl worked in several roles at MetLife. He started out as a Claims Adjuster in the Auto and Home Department, then moved on to become the Team Leader and finally a Property and Casualty Supervisor and mentor.

On March 04, 2019, Darryl K. Jones transitioned from this life on earth to eternal rest. He is preceded in death by his father, the late Robert L. Jones Sr. The memory of this wonderful man lives on through his mother, Maude Z. Jones; brothers, Robert L. Jones Jr. (Christine), Walter V. Jones, David Jones, and Derrick Jones; a host of nieces, nephews, cousins, other relatives, along with family and friends. 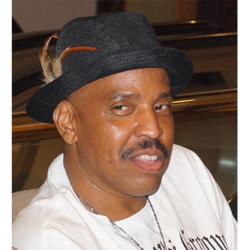