Gary Westburn Majors, son of Thelma Majors and the late Herbert C. Thompson, Sr. was born on Wednesday, August 2, 1950 in West Chester, Pennsylvania. He transitioned into eternal rest on Friday, May 9, 2008 at the Harrisburg Hospital in Harrisburg, Pennsylvania.

“Wes” or “Big Wes”, as he was affectionately called by family and friends, was educated in the West Chester Public School System and graduated from Henderson High School in 1968. During the summers of his high school years, he attended The Upward Bound Program at Lincoln University where he would eventually enroll. A 1973 graduate of Lincoln University with a major in Business, he was known to administrators and student alike, because of his outgoing personality and zest for life. While attending Lincoln University he became a member of Groove Phi Groove Social Fellowship, Inc. His commitment to GΦG and Lincoln University was so strong he earned the honor of being named “Mr. G Phi G” and a reputation as an “extremely passionate” member of the Social Fellowship. His commitment to the organization and his brothers never waned.

After graduation, Wes was employed by Lincoln University of Missouri as Assistant Director of Student Activities. In 1974 he relocated to Harrisburg, Pennsylvania as a Customer Service Supervisor at Nationwide Insurance, where he worked for over twenty years.

In 1979, he married Merry Grace Samuel, who he met at Lincoln University. Their union was blessed with the birth of 4 sons: Westburn Samuel Thompson Majors, Garrett Henry Charles Majors, Erich Randolph Gary Majors and Bryan Michael Adam Majors. His sons were his “Greatest” Pride and Joy. He proudly shared his sons’ accomplishments with everyone he knew.

Following his retirement from Nationwide Insurance, he transitioned into the role of full-time father to his sons and surrogate father for numerous young people. He could often be found transporting basketball, football, and soccer players for workouts, practices and games or cooking meals for his sons’ friends, who ‘happened to stop by the house’. In addition to this role, from 1998 to 2004 he was a primary caregiver for his mother-in-law, Sarah Samuel.

Wes was an avid supporter of Harrisburg High School and football and Bishop McDevitt Soccer. He would attend every game his boys played and vocally urge them on. His support for his boys’ athletic careers continued as they went to college. At Susquehanna University, where Erich and Bryan attend, it was common to hear male and female athletes give a loud “Hi Mr. Majors” when arrived to games.

Wes favorite hobby was talking to people. He became a friend to almost everyone he met. He talked to young people about strategies to be successful in life and always had words of encouragement for them. He supported them, but also chastised and challenged them when they lost focus. Any young person he met can attest to the fact that “Mr. Wes” was concerned about their development through “The ‘QUESTIONS’ “– How many letters in the alphabet? Can you name the planets in the solar system? How many degrees in a circle? What are the eight parts of speech? Do you know the Lords Prayer? He consistently asked the questions each time he saw them until they answered them correctly. He used his life experiences – the successes and the challenges – to help young people understand the importance of making good choices.

With adults, Wes was a sounding board, confidant and the ‘link’ that kept people connected – especially Lincoln University people. He networked constantly, updated everyone on the life activities of classmates and friends. If anyone needed a phone number, they could always call and for sure Wes had it. Despite health problems that restricted his ability to travel around. He kept in touch with everyone by telephone. He encouraged and supported family and friends going through difficult times and joyfully shared in their accomplishments. He was famous for his daily telephone talks with his mother where they settled all affairs of the family and the world.

Wes was always positive and upbeat – the life of the party. If there was a party, festival in the park, a gathering in his home, or even a church service you could be sure that Wes would be there with his ‘bag full of instruments’. Oh how he loved to have fun.

A complicated loving, loyal and devoted family man, Wes acknowledged his strengths and weaknesses and worked hard to be a good father and husband. He, along with his wife, worked tirelessly to instill values and structure for their family, and demonstrated through their lives the vows they made before God to be bound together through sickness or health, good times and bad. He faced many personal obstacles, but committed himself to overcoming them so that he could be a better servant of the Lord.

The 2008 Home Going Service was attended by numerous Fellowmen, some “lost and found”. Fellowman and line brother, Ralph Crosby attended and delivered his reflections on Wes. Later that year on December 6th, Fellowman Crosby ascended to the after-life.

The members of Groove Phi Groove – Mighty Lion Chapter remember the life of Gary Westburn Majors. May the Creator bless his spirit and continue to protect his family… 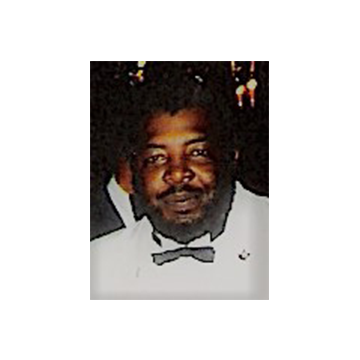