Our beloved brother John Adams Thornton, Jr. was born to Mary Thornton (Harris) and the late john Thornton, Sr. on August 9, 1955. He accepted Christ as his personal savior and in 2011 joined Enon Tabernacle Baptist Church. God accepted John into his kingdom on March 22, 2014

John was raised in Philadelphia Pennsylvania and was educated in the Philadelphia public School System in which he graduated from Overbrook High School in 1973. He also attended Lincoln University where he obtained a bachelor degree in Business Administration and was a Fellowman of the Groove Phi Groove Social fellowship Incorporated.

John worked for the Philadelphia Housing Authority where he quickly moved up the ranks becoming Superintendent. Along the way, he fostered many lasting relationships with his co-workers and established many “extended” families with residents in the units he managed.

John spent the last few years with his long-term friend, fiancee and soul mate Cereta Turcks who cared for him during his health decline over the last year.

John was the most loving, outgoing, loyal and charming person you could ever meet. He loved his family and enjoyed spending time with his daughters TajMarie and Aja, who were the apples of his eye. John had a loving and alluring personality; all that knew him loved him and knew him as the life of the party. He was also know for his quick wit and love for music. John was a loving father, grandfather, and friend.

John will never be forgotten, but as he would always say: “It Gets Greater Later”.

Miss Me But Let Me Go

When I come to the end of the road and the sun has set for me, I want no rites in a gloom-filled room, why cry for a soul set free? Miss me a little bit not too long and not with your head bowed low, remember the love that we once shared. Miss me but let me go. For this is a journey that we all must take and each must go alone, It’s all part of the Master’s plan a step on the road to Home. When you are lonely and sick of heart, go to the friends we know and bury your sorrows in doing good deeds.
Miss me but let me go. 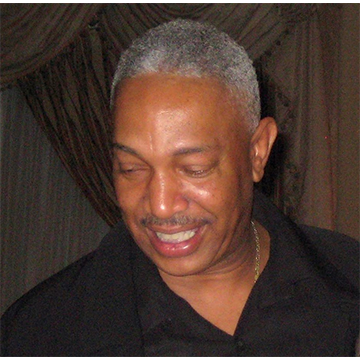