John L. Singleton, Vice President of the Mighty Lion Virtual Alumni Chapter, is a Lincoln University graduate of the class of 1979. John has been a member of Groove Phi Groove Social Fellowship Incorporated, Mighty Lion Chapter, since November 1976; and crossed on the Psychotic Six. Fellowman John is also an active member of the Philadelphia Graduate Chapter of Groove Phi Groove. As an undergraduate student at Lincoln University, he majored in Public Administration and graduated Cum Laude. John has also completed several courses at Temple University Public Administration Masters Program. He was educated in the Philadelphia Public School System and graduated from West Philadelphia High in 1975. Born on February 16, 1957, he is the 5th of six (6) children born to Wilmer “Butch” and *Eula “Sissy” Singleton.

In 1984 he accepted a position with the U.S. Department of Navy, at the Aviation Supply Office located in Northeast Philadelphia. He worked there as a Procurement Agent until 1989. In April 1989, he accepted a position as a Contracting Officer with the U.S. General Services Administration (GSA). From October 1997 to June 1999, John held the position of Project Manager responsible for management of the construction of the New Federal Courthouse Annex in Scranton, PA. John was then promoted to the position as Team Leader/Lead Project Manager for the Norfolk Virginia, Realty Services Group and served in that position until 2004 when he was transitioned into the position of Regional Account Manager for the U.S. Federal Courts, Department of Defense as well as other customer agencies. In August 2006 John was promoted to the position of Resource Group Manager for the GSA’s Allegheny Realty Service Center responsible for management and oversight of personnel and all federal and leased assets in Pennsylvania outside of the Philadelphia Metropolitan area and the state of West Virginia. John currently serves as the Contract Operations Branch Chief for GSA/PBS Region 3, Acquisition Management Division.

Brother Singleton is an active member of Mt. Zion Baptist Church of Germantown. He currently serves on the Trustee as well as on the Usher Ministries. John also serves as a board member of the Mt. Zion/Rittenhouse CDC.

Fellowman John’s Masonic affiliations are considerable. John was raised to the sublime degree of a Master Mason in April 1990 in Widow’s Son Lodge No. 4. He served as Worshipful Master of his lodge from September 1996 to September 1997. Past High Priest Singleton was exalted as a Holy Royal Arch Mason by Eastern Light Chapter No. 8 in May 1993 and now serves as the chapters’ treasurer. John recently conveyed the chair which he served as Thrice Illustrious Master in Progress Council #2, Royal and Select Masters. Brother Singleton also formerly served as a Grand Lodge officer as the Assistant C.C. of F.C. under the appointment of Past Grand Master Cleveland L. Brunson. He has served as an officer of the Most Excellent Grand Chapter for several years in number of positions including Rt. Excellent Grand Trustee, Area Deputy Grand High Priest and now as Excellent Deputy at Large for the Jurisdiction of PA.

In September 1990 John married the former Ms. Pamela Renee Davenport. They have one son Randy Rashad and a grandchild “Miss Madison” born in July 2007. 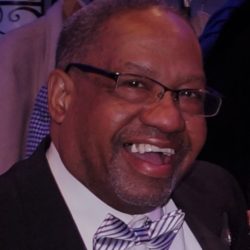