On Friday, May 27th, 1977, God in His infinite wisdom called home our beloved son, Mr. Johnnie Arthur Woodson, Jr., who was born on February 21st, 1955, in Philadelphia, Pennsylvania.

He graduated from Gratz High School in Philadelphia, PA. and continued on to further his education at Lincoln University, where he obtained his B.A. in Psychology in 1976.  While attending Lincoln University, he was a member of the Psychology Club.  In the Spring of 1973, Johnnie Woodson was inducted into Groove Phi Groove Social Fellowship on the campus of Lincoln University as the 12th Swanxman of the Ant Hill Mob.

At the time of his demise, Johnnie was employed as a Counselor in Glen Mills, Penna.

In earlier years, Johnnie was employed as a lifeguard for the City of Philadelphia for six years.

In his youth, at a very early age, Johnnie became a Cub Scout and later went on to become a Boy Scout where he worked very diligently.

He leaves to mourn their loss: his parents John and Margaret Woodson; his fiancé Miss Thomasine Williams of the City; one daughter Jacqueline; one brother Darryl; grandmother Mrs. Lizzy Woodson of Williamston, South Carolina; Godparents, Mr. and Mrs. Harrington of the City and a host of uncles, aunts, other relatives, friends, and fellowmen.

You bade no one a last farewell

You said good-bye to none

Your heart has ceased to beat

Your stay on earth is done

The flowers we place upon your grave

May wither and decay

Our love for you who sleep beneath the clay

Will never fade away

Homegoing service for Johnnie was held on Thursday, June 2nd, 1977 at Dauphin Street Baptist Church, located at 29th and Fletcher street in Philadelphia, PA. The members of Groove Phi Groove -Mighty Lion Chapter remembers the life of Johnnie Woodson. May the Creator bless his spirit and continue to protect his family. 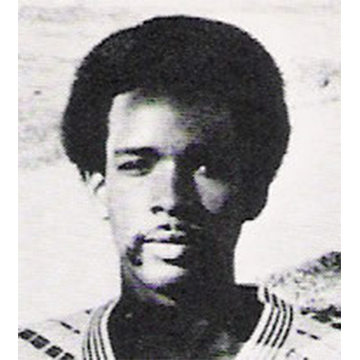