Deacon Ralph Crosby, Jr. was born on June 22, 1951 in Elizabeth, New Jersey, the son of the late Deacon Ralph Crosby, Sr. and Deaconess Annie L. Crosby.  His parents immersed him in the Baptist faith; he was reared in the Union Baptist Church of Elizabeth, was baptized at the age of seven and thoroughly enjoyed his church affiliation, especially singing in choirs and serving on usher boards.

Ralph, affectionately known as “Couchie”, lived and attended public schools in Roselle, NJ and graduated from Abraham Clark High School in 1969.  He was a member of Clark’s 1968-69, back-to-back, state championship basketball teams.  Following high school, he enrolled at Lincoln University, Oxford, PA where he earned a Bachelor of Arts degree in political science in 1973.  In addition to being a literary editor for the Lincoln newsletter, he also became a proud, life-long member of the Groove Phi Groove Social Fellowship, Inc.  During his Lincoln years he met and fell in love with his soul mate, Dorcas Clark of Newark, NJ.  They married in July 1976 and enjoyed 32 years of marital happiness.  From this union two children were born, a daughter, Syande, and a son Kaliq.

After graduation, Ralph moved to Washington, DC and began his professional career as an insurance claims examiner.  He later gained exposure to the business of real estate management and worked in this field from 1980-2004 in various capacities, including the property manager, regional manager and vice president of property investments.  He was the first minority to oversee the financial management of Class A residential high rise properties in Crystal City, VA and one of the earliest East Coast minority honorees obtaining the Certified Property Manager (CPM) designation from the Institute of Real Estate Management (IREM).  Ralph was a past president-elect of the Apartment and Office Building Association (AOBA) of metropolitan Washington and he was also a member of the National Association of Realtors.

Ralph was an active member of the Israel Baptist Church for 30 years, serving as a deacon for the past twenty years.  His diaconate service along with earning the distinction as the 2008 Father of the Year, were two supreme accomplishments.  He greatly cherished his Israel family and thoroughly enjoyed his year of service as the church facility manager prior to his illness in July 2006.  On December 6, 2008, Deacon Ralph Crosby, Jr. ascended to his Heavenly Father.  We are all better as a result of him freely sharing his life with us.

On May 15th 2008, Fellowman Crosby provided the following reflection on the life of his line brother, Fellowman Gary Westburn Majors, at the “Westburn” Homegoing service:

We honor the awesome presence of God who has given us the victory of life through his Son, Jesus the Christ, the joy of heaven and hope of the world.  We should also be currently mindful that to be “absent from the body is to be present with the Lord.”   It is only the remains of our beloved Brother, husband and father that lay before us since his physical spirit and soul are now seated on high at the right hand of the Father.

We have not the tongue to thank our Lord enough for ‘Wes’ love and commitment to life.  Likewise, we have not the intellect to understand God’s miraculous love for us all.  One way to discern the Master’s love is to understand its applicability to our departed Brother.  He loved Wes so much that he would not allow a prolonged, physical suffering to overtake him.  He loved Wes so much that he provided him and his blessed helpmate with four strong extraordinary talented sons to continue his work and his namesake.  The Master’s love was so profound, in fact, that he allowed no act nor occasion to break Wes’ unparalleled spirit, love of life and genuine relationships with us all.

What a Fellowman Wes was to all us within Groove Phi Groove Social Fellowship, Inc.!  Rest assured, Brothers, it was not chance that the Lord received Wes on our Founder’s Day, May 9th and allowed most of us to “roll” with him for 39 years.  It is also no coincidence that 37 years ago he was given the line name Ironman because of his exceptional physical presence, spirit and strength.  Know also that today’s Ironman movie comic hero had absolutely nothing on Brother Wes since all of his powers were natural and genuine.

As I prepare to take my seat, let me conclude by attesting to Wes’ love for his family.  Most of you are aware of my own medical plight and in that capacity of medical challenges Wes and I spoke literally everyday over the past year.  Our conversations were candid and intimate.  Although his boys don’t know me personally I do know them.

I often told him that Wes, Jr. was the embodiment of his maternal grandfather, Mr. Samuels of New York.  Debonair, insightful and confidently elegant in his walk.  How proud he was, Wes, that you navigated the grounds of Oxford, PA as he did and was the first family member on the verge of receiving your Master’s degree.  He also knew you as one worthy to carry his name.

In like manner, I told him that Garrett was the embodiment of his elder, Pop Harvey Chance.  He found Garrett to be string as a rock, unbent and a true disciplinarian.  Your Dad loved nothing more than your jarring hits on the football field as well as your true inner strengths.  The fact that you were able to combine your athletic talents with the receipt of your academic degree was confirmation for him that whatever the mind of man can believe it can indeed achieve.  Know also that he had already visualized the pageantry and excitement of your actual graduation event and was also tickled with your exposure to the NFL combine and the UCONN championship football ring you shared with him.

To Erich, I need only say that your qualification to study abroad in London literally sent your Dad into the Stratosphere!  This was an accomplishment that he could not have forecasted nor anticipated and the fact that it was affiliated with the Mercedes Benz Corporation made it oh so sweet.  As we marinated on this accomplishment I must also be honest and say we also hoped for complimentary Benz’s to drive.  In absence of these complimentary vehicles, we know you will someday assume your seat within some corporate board.

To Bryan whom I have spent time with, forever remember how your Dad so closely monitored and followed your basketball career and every bounce of your ball.  You know as well as I how we marveled at your point guard skills and you’re your one-quarter court bounce pass to a teammate and coach who didn’t think it possible in the Catholic University game is forever etched in my memory.  Remain steadfast and resolute in the completion of your college career realizing that the precious memories and thrills you provided your Dad will forever be with you as a sustaining presence.

And finally to his blessed wife and helpmate Merry, I only need to echo what Wes would periodically stress to me – “Merry has been better to me than I have been to myself.”  It is no secret that your oversight, courage, gentleness and care empowered your family and sustained your husband’s quality of life.  Please know that from this day forward your Lincoln University family along with numerous others will be there to sustain you with all the love and support you require.

Groove on, Brother Wes, Groove on.  We will see you in due time.

Two-hundred and one days after Fellowman Ralph Crosby delivered this reflection for his line brother and our Fellowman Gary Westburn Majors, Ralph ascended to the after-life.

The members of Groove Phi Groove – Mighty Lion Chapter remember the life of Ralph Crosby. May the Creator bless his spirit and continue to protect his family… 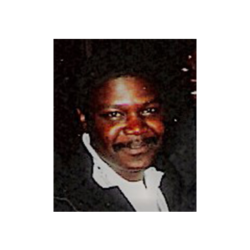