Wilson H. Womack Jr. departed this life to unite with his heavenly father on May 4, 2015. Lovingly known as “Mack”, “Uncle Junie” and “Uncle Will”, he was born on September 5, 1945in Chatham, Virginia to the late Wilson H. Womack Sr. and Bessie Mae Womack.

Wilson moved to Chester, Pennsylvania in 1959 and was a graduate of Chester High School. In 1964,Wilson enlisted in the United States Army. While serving, he received a National Defense Service Medal, Good Conduct Medal, Expert Rifle Badge, and Letter of Commendation. He was honorably discharged from the United States Army in 1968.

After his military service, Wilson attended Lincoln University of Pennsylvania where he received a Bachelor’s of Science in Business Administration and minor in Economics. During this time, he also became a proud member of Groove Phi Groove Social Fellowship.

Wilson spent many years in the Sales Field and became the #1 Salesman in the Mid-Atlantic Region for US Surgical. He later became an Executive Medical Recruiter and leveraged his entrepreneurial spirit to start his own Recruiting Firm, Exodus Search, LLC. Following his retirement, Wilson took on the full-time role of raising his youngest daughter, Trinity. One of his life’s most rewarding commitments.

Wilson was a child of God. He accepted the Lord at an early age of 13and became an ordained Junior Deacon at Mount Carnal in Chester, Pennsylvania. He later joined New Hope United Holy Baptist Church in Chester and became a Licensed Minister. Wilson’ was a current member of Living Faith Christian Center in Pennsauken, New Jersey. He was a member of the Harvest Ministry, Men’s Small Group, completed classes to expand his spiritual knowledge, and was recently elevated to Deacon. Wilson’s favorite passage from the Bible was Psalms 51.
Wilson’s family and friends describe him as an adventurous child, with a curious nature. He was loving, kind, nurturing, charming, humorous, and possessed a determined spirit to be successful. He was a dedicated father, leader, and loved the Lord with all his heart. 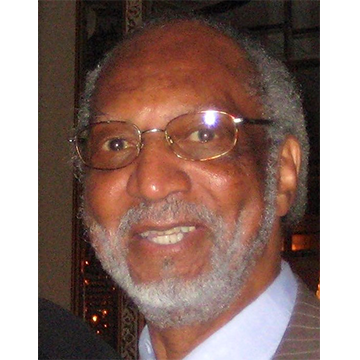